My second outing on this ride – it was my first 200 km a couple of years ago.  This time serendipitously (my train was fairly late back on Sunday as it was cheap) I was able to make a proper weekend of it.  I took Friday off work and an early train to Edinburgh and then along the new line to Galashiels, then rode to a campsite in Melrose.  Plenty of time for a mooch around the place: Abbey, Hills that would be nice to walk up with appropriate footwear (and less cloud) and the river Tweed. 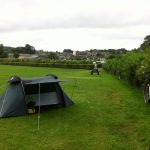 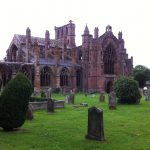 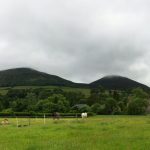 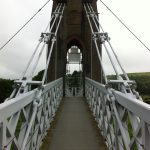 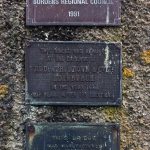 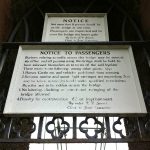 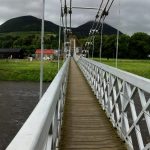 We started an hour earlier than usual as it was the same day as Galashiels’ Common Riding, but even so there were some early band members about already.  On the first stage I saw Julian who’s been on quite a few of the same rides as me this year.  I told him I’d entered LEL but that my training hadn’t gone entirely to plan; he said he’d be volunteering the time round, having ridden it multiple times he thought it would be good to ‘give someone else a go’.  Jolly decent chap. 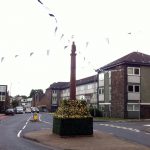 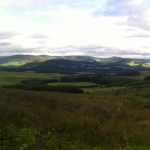 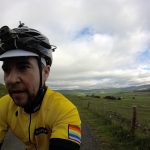 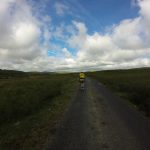 I rode the section into Eskdalemuir with a chap (sadly forgotten his name) who was training for the Etape du Tour, a similar distance but considerably more climbing.  Eskdalemuir Community Hub was an excellent  control once again, and it was exciting/daunting to see a list of LEL volunteers up. 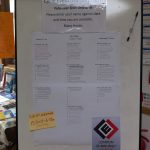 Next top Langholm for an ice cream, then on to Moffat where I had planned to meet my Mother at the control cafe.  I sincerely hope that her paying for my sustenance doesn’t contravene any AUK rules about ‘support’.  I can predict my timings reasonably well now and since she is always late I suggested I’d be there 15 minutes before I expected to arrive…typically for the only time ever she was early and spent a while standing outside the cafe and chatting to other riders.  On the way up to Moffat I could just see the hills near my parent’s house, although they didn’t make the best photo. 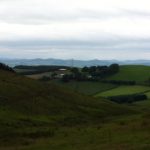 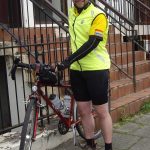 The final leg from Moffat is one of my all-time faves, up the A708 passed the Grey Mare’s Tail and over the top to St Marys Loch.  I’d remembered this stage getting quite cold last time and had worried about gloves, until I realised that the last time I rode this it was April, not July. 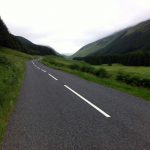 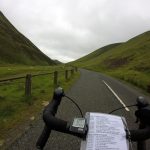 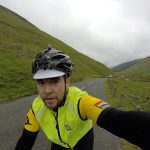 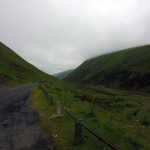 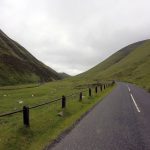 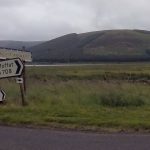 It was nice to finish feeling good and ‘ready’ for the 100 km the following day, compared to my previous Moffat Toffee when I was wiped out.  After stopping in Moffat for longer than I’d normally spend I had a fast ride down on the final stages and finished earlier than expected. 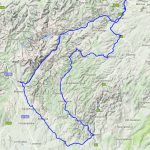 Although much tamer than the real thing, this was LEL practice of sorts as it was the first time I’d done rides on consecutive days.  Today’s 10 am start was almost a lie-in, but I did have to get up and pack up my tent before riding to Galashiels.

The only parts of this route that were familiar were the first few and last kms (as they were the same as yesterday) and Broughton itself, which I’ve driven through numerous times on the way to Edinburgh. It was a nice route which essentially follows the river Tweed all the way up to the A701, although it’s not always visible.  There was even a bit of sun. 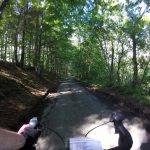 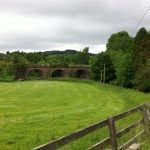 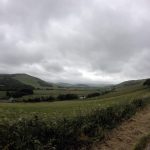 I finished in plenty of time for the train home so had a bit of time to kill in Waverley station.  There were three people with bikes that were entirely different beasts from my trusty Hewitt, who appeared to be on their way home after a triathlon.  It was a pleasant evening’s journey home and I saw the river Tweed once more as it finally found the sea in Berwick. 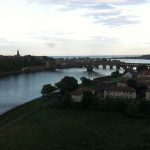 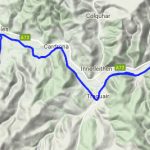