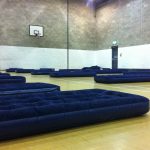 If certain residents of the Yorkshire village of Moss had reason to peer through their curtains shortly after 2.00 am on a Sunday morning in May, they would have seen four people sheltering from the rain at a bus stop, introducing themselves having already ridden together for several hours, eating, squeezing the water out of their gloves and weeing without bothering to find a bush to hide behind (not necessarily in that order). 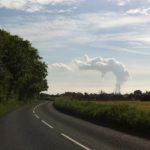 I rode the first part alone, feeling as the rest of us did like a piece of fly paper as we ploughed through the clouds of greenfly.  I’d sort of joined Eddie on the skirting of Hull, but we weren’t quite riding together as such, mostly because I don’t know how to technically, but also because I’m socially incompetent (sometimes that is an overwhelming anxiety but at the moment it’s just uncomfortable).  He was a nice guy and I was touched that he remembered me from my aborted 600 km last year – I recognised him but couldn’t have placed him, but he’d seen me having a minor meltdown and migraine under a tree in Pocklington; I remember someone waving at me and I just shook my head.  We ate together at Spurn Head but didn’t really chat, and I thought he’d already left but when I went to go he was still there, wrestling with leg warmers. 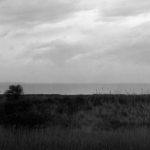 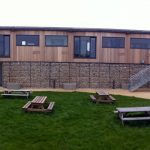 Mike was also preparing to leave and had parked his bike next to mine, and seemed keen to join us so we made a little trio without really trying to.  We didn’t ride that close together and I think I went out a bit too far in front sometimes, but I was trying to stay with them but also go at my pace. They both had GPS although Mike’s only seemed to be useful for telling him when he’d sailed past a junction that Eddie and I had turned at (and not knowing someone’s name makes it harder to call after them); however I have my suspicions that this may have been if not operator-error then at least operator-can’t-be-arsed-to-pay-attention-when-they-can-just-follow-someone-else.

We stopped way too long at Leven petrol station, I was about ready to go when Mike Wiggly appeared; other Mike had been riding with him further back and decided we should wait and take him with us.  They phoned wives and girlfriends to check in and report on progress.  I didn’t.  Mike W clumsily commented on my rainbow sew-on patch and I clumsily replied.  I asked for two carrier bags with my smoothie/flapjack/eccles cake purchase, and they stayed on until I got back home. 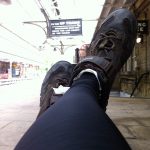 Timing was good, better than last time no doubt due to the kind wind.  I remember it being pitch black on arrival at McDonalds then, whereas today there was still some light in the sky.  There was also water falling from it, which had been light enough that I hadn’t bothered with the waterproof but after this it would be needed for warmth too, plus that rain was setting in more permanently.  Mike W decided to stay for another coffee so the remaining three of us reluctantly made a start on this long dark leg. Negotiating Goole we picked up Carl, who had been ahead, but lost confidence in his navigation, and turned back.  It was good riding with others in the dark, the extra lights are helpful (although Mike’s strobe on the front was bit too disco for me).  I liked the flat Kings Causeway section although I think some of the others found it mind-numbing. This ride has an almost constant stream of routesheet instructions, there are hardly any long uninterrupted stretches.  Apart from a couple of junction confirmations with Eddie’s GPS, and one that I missed, I pretty much took the front and did the navigating.  It reminded me a bit of LEL, and the night I rode silently with a group from all over the world, weaving across the road as they either nodded off, forgot which side to ride on, or possibly both.

Mike came off going over a railway line in Thorne which crossed the road at a stupid angle, so we all stoped and Mike W happened to catch us at the same time. He seemed ok but we made him stand still for a little while to make sure he wasn’t going to keel over. A car actually came by just behind us, as he was still lying on the road, and didn’t stop.  Around here I started to wonder how safe this pastime of ours is…it was cold, wet, and dark.  We were in a village and I dare say could have woken up a household if needed, but there was no sign of (awake) life and no shelter.  I thought of the riders doing the Old 240 and where would they be at this time of night?  I don’t know if I could do that ride, I wouldn’t feel safe.

Mike W shot off and the rest of us wound our way on, via that bus shelter in Moss.  I’d stopped there last year too.  I thought we’d been doing a reasonable 20 kph average on the flat but soon the hills started and we slowed right down. Unusually for me I felt I could have gone faster, and found myself slowing to let the others catch up.  But I was glad of their company, not being scared of the shadows this time.

Eventually Woolley Edge services appeared.  By accident rather than design we arrived at 3.50 am which was exactly on my approximate schedule, although again we stayed longer that I’d have liked.  But now there was only 35 km to go, and the dawn to look forward to.  Mike was nodding off but the rest of us seemed ok.  We chatted about bikes and riding.  It was Carl’s first 400 km.  He said my navigation was excellent which I really appreciated.  He and Eddie exchanged numbers on the basis of a potential bar-end shifter sale. 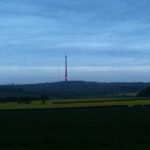 By the time we set off the sky was already lightening, and a rather nice morning was underway.  Mike and Carl both knew their way round a slightly longer but flatter route via Brighouse, so Eddie and I followed them, Carl and I seeming similarly paced and the other two a little behind (a sort of taking-a-leak time delay which was convenient). I didn’t think we’d manage, but we got back just before 7 am.  There had been a time when I thought 24 hours was possible, but the slow night leg and longer stops prevented that. But it was surprisingly nice to ride with others for once. 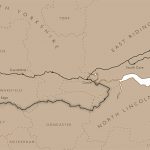