This is the first audax I’ve repeated, although I’ve learned that the excellent organiser makes a few changes each year – I think my previous excursion was anticlockwise.  Last time involved a train up from Coventry, this time it was a train down from Leeds, and a 5 am alarm. As before the worst part was the bit between Chesterfield station and Bolster, before/after the ride itself.  This year the organisers had decided to run the event on two consecutive Saturdays to cater for numbers, but chatting to one of them afterwards this had been a crazy amount of work and so next year will be one event, limited to 100 riders.

I arrived pleasantly early and so could relax over some coffee and even had time to level my saddle before the off.  I got chatting to a couple who are organisers of a few rides around Sheffield, including the ‘ring of steel’ which I had seen earlier in the year.  Very interesting to hear their perspective, and we were going at a similar speed so I spoke to them again at various points.

There were a couple of turnings that I would have missed if I hadn’t ridden it before or hadn’t been following others, and this is the only audax I’ve done where the route sheet didn’t have distances on so extra attention was required.  The route goes through Clumber Park twice, and while the trees were in optimum autumn mode it was very overcast so we didn’t quite achieve ‘colourful’.  The eastern section was slightly wet in a not-quite-raining way but it was a still and mild day (I was in shorts, single layer on top and thin gloves). 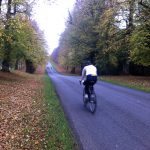 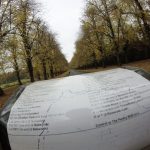 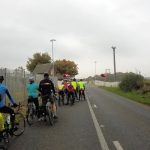 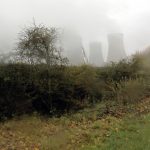 The route heads east through the park before going north east to Misterton.  This was our one control (part from an info on the second section) and the cafe has had quite a makeover since last time.  They did a marvellous job of coping with us. 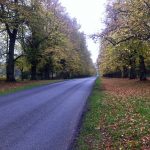 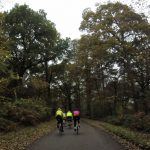 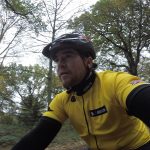 After Misterton it was south to Treswell and then back towards Clumber Park.  I was dreading the final stretch; starting at Bolsover which is the highest point for miles can mean only one thing, but it wasn’t too bad and I managed the whole ride without using my smallest chainring (only used for the pre and post ride sections!).  I’d been surprised at my time of arrival at the halfway control and was very happy to finish in 5:10 hrs (last time was 6:40), with an average riding speed of 15 mph/24 mph.

Highlight: riding alongside a dragonfly. 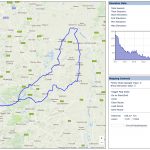